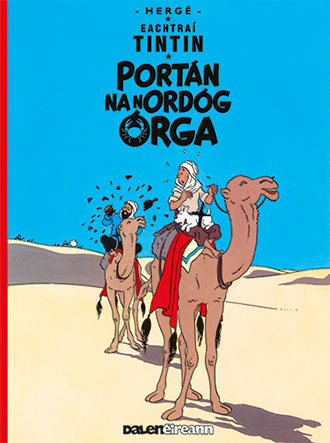 Tintin and Báinín follow a series of strange clues which takes them on the trail of a dangerous drugs cartel. In their pursuit, Tintin is locked in the brig of Captaen Haileabó’s ship, the Karaboudjan – where the captain is heavily under the influence of the bottle and entirely under the thumb of his crew. With the scorching Sahara to one side and the watery depths of the Mediterranean Sea to the other, this adventure most certainly puts the lives of Tintin and his friends in mortal danger.

Dalen acknowledges the financial assistance of the Ireland Literature Exchange